Eugene Fliman began his Uechi Karate training under Sensei Kahn in 1994.  Eugene was promoted to Shodan (1st Degree Black Belt) by Hanshi George E. Mattson in 2001, and to Nidan (2nd Degree) in 2004.

In addition to his Uechi training, Eugene has trained in the Filipino Martial Arts and has most recently been training in Krav Maga.  Before settling in the United States, Eugene also studied Shotokan Karate, Judo and Sambo in his native Russia.

Eugene is a senior software developer for a financial corporation. In his spare time Eugene enjoys assembling and upgrading personal computers. He lives in Northbrook, Illinois with his wife Sofya and their two sons. 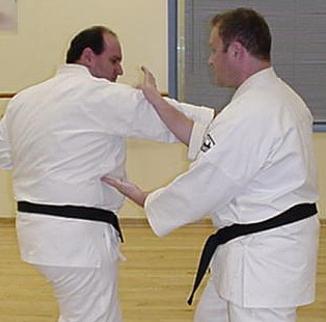 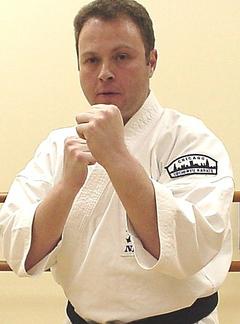