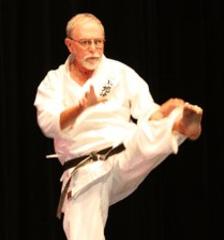 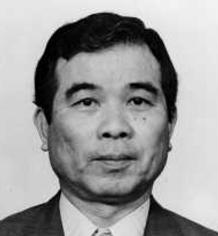 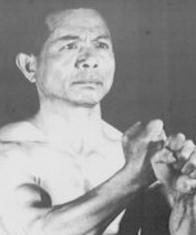 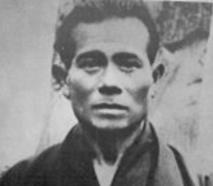 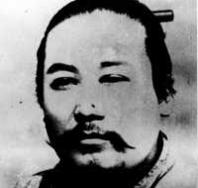 Uechi-ryu (way-chee-roo) is one of a number of styles of Okinawan karate taught around the world today. Originally known as Pangai-noon (pwan-gay-noon), Uechi-ryu has its roots in China where it was developed from kung fu styles based on the movements of the Tiger, Dragon and Crane.

Pangai-noon was studied in China at the turn-of-the-century by a young Okinawan named Kanbun Uechi. Kanbun studied for many years under the tutelage of Shu Shi Wa, a famous Chinese Kung Fu teacher, eventually becoming the first Okinawan to teach in China.

Kanbun later spent many years teaching in Japan where he incorporated many of the aspects of Japanese Karate into his system. In 1940, Kanbun's students renamed the style Uechi-ryu (meaning Uechi's style) in his honor, and also bestowed upon him the title of Grandmaster.

Upon Kanbun's death in 1948, his son Kanei assumed the role of Grandmaster. During the next decades Kanei incorporated several innovations into the style, eventually creating one of the most powerful styles practiced in the world today.

Among the first Westerners to study Uechi-ryu was a young American serviceman named George Mattson, who was stationed in Okinawa in the late 1950's. Mattson studied with Kanei for several years before receiving his Black Belt. Carrying out the wishes of Kanei, Mattson returned to Boston, Massachusetts and became the first Uechi-ryu teacher in North America. Sensei Mattson is currently a Hanshi Judan (10th Degree Master), the highest ranking and most renowned Uechi-ryu Master in North America.

Today, Uechi-ryu Karate is headed by Kanmei Uechi, grandson of the style's founder, and is studied by thousands of people throughout the world. Its form is admired for both its beauty and gracefulness; its technique is highly respected as one of the most powerful and effective styles of self-defense.