Michael Resnick began his martial arts training in Tae Kwon Do in 1979 in Chicago, Illinois. Upon entering Brandeis University in 1982, Michael began studying Uechi-ryu under Richard Baptista in Waltham, Massachusetts.  Michael was promoted to Shodan (1st Degree Black Belt) by Hanshi George E. Mattson in 1986.  Having returned to the Chicago area after college, Michael was a founding member of the Chicago Uechi-ryu Dojo in 1989, assisting Sensei Kahn with the Dojo's first students.

Michael was promoted to Nidan (2nd Degree) in 2000 by Hanshi Mattson.  An experienced fighter, Michael is considered the Dojo's resident expert on sparring strategy and tactics. In addition to his Uechi training, Michael is also skilled in the Filipino Martial Arts, Tae Kwon Do and Wushu Kung Fu.

After spending seventeen years managing risk in Chicago’s options and futures pits, Michael now works with families and businesses at GCG Financial in Deerfield, Illinois where he has lived in the community for almost twenty years with his wife, Ellen, and their three daughters.  Michael is a huge sports fan and an avid golfer, and has played courses all over the world. 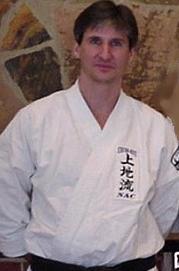 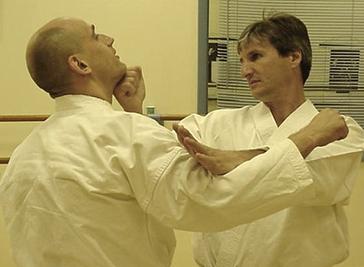 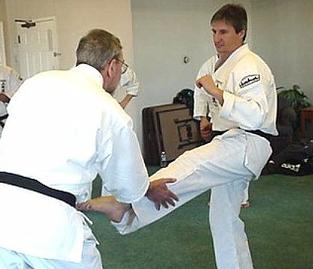